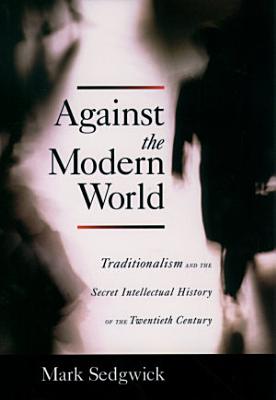 Against the Modern World is the first history of Traditionalism, an important yet surprisingly little-known twentieth-century anti-modern movement. Comprising a number of often secret but sometimes very influential religious groups in the West and in the Islamic world, it affected mainstream and radical politics in Europe and the development of the field of religious studies in the United States, touching the lives of many individuals. French writer Rene Guenon rejected modernity as a dark age and sought to reconstruct the Perennial Philosophy - the central truths behind all the major world religions. Guenon stressed the urgent need for the West's remaining spiritual and intellectual elite to find personal and collective salvation in the surviving vestiges of ancient religious traditions. A number of disenchanted intellectuals responded to his call. In Europe, America, and the Islamic world, Traditionalists founded institutes, Sufi brotherhoods, Masonic lodges, and secret societies. Some attempted unsuccessfully to guide Fascism and Nazism along Traditionalist lines; others later participated in political terror in Italy. Traditionalist ideas were the ideological cement for the alliance of anti-democratic forces in post-Soviet Russia, and in the Islamic world entered the debate about the relationship between Islam and modernity. Although its appeal in the West was ultimately limited, Traditionalism has wielded enormous influence in religious studies, through the work of such Traditionalists as Ananda Coomaraswamy, Huston Smith, Mircea Eliade, and Seyyed Hossein Nasr.