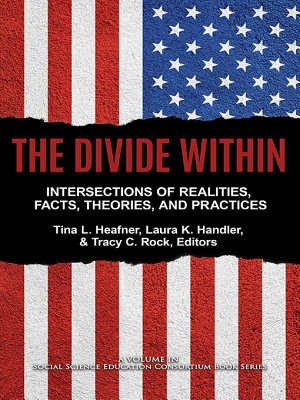 Globalization, modernization, and technologization have brought rapid social and economic change while also increasing diversity of democratic societies. Plurality of democracy, once viewed as a progressive ideology, has been met by the movement of identity politics to the margins of society. Although social movements demanding recognition on the part of groups that were once invisible to mainstream society have brought attention to systemic inequities, prejudice, and discriminatory policies, other groups feeling a loss of status and a sense of displacement have pushed back with counterclaims and protests. These conflicting narratives have fractured society and segmented the populace along narrowly defined identities, creating a new era of democracy and isolationism. Today in the United States we see the troubling effects of increasingly polarized political discourse: amplified gridlock within government, the politicization and fragmentation of economic and social life, and the suppression of the spread of information across ideological lines. The socio-political climate in America is characterized by skepticism, hostility, distrust, claims of fake news, and unwavering opposition. The divide within our nation has shifted the narrative of democracy from promoting the common good to protecting the interests of likeminded factions and the preservation of power and privilege. In recent decades, researchers focused attention on studying the social, geographic, political, and technological polarization in the United States. Trends manifest in myriad ways, both in politics and in everyday life, and expose the divergence between urban and rural communities. These inquiries also suggest that causes and effects of identity politics and polarization are too complex to be studied within the confines of a single discipline. Its exploration, therefore, requires participation and collaboration from scholars in many different fields, particularly those working in the social sciences. In this edited volume, we seek to leverage this research capacity to engage the reader in studies and instruction concerning the divide within and the intersections of realities, facts, theories, and practices in social science education. Download a sample article: Teaching to a Statue Wade H. Morris, Georgia State University Chara Haessler Bohan, Georgia State University

Exploring the Effectiveness of Online Education in K-12 Environments

Authors: Heafner, Tina L.
Categories: Education
The integration of technology in classrooms is rapidly emerging as a way to provide more educational opportunities for students. As virtual learning environment

Authors: Heafner, Tina Lane
Categories: Education
National efforts have been made to encourage technology integration in teacher preparation with expectations for frequent and successful applications with K-12

Authors: Chara Haeussler Bohan
Categories: Education
Curriculum and Teaching Dialogue is a peer-reviewed journal sponsored by the American Association for Teaching and Curriculum. The purpose of the journal is to

Authors: William B. Russell
Categories: Education
The world is ever changing and the way students experience social studies should reflect the environment in which they live and learn. Digital Social Studies ex

Authors: Wayne Journell
Categories: Education
As online learning continues to become more prominent in K-12 education, it will be important that teachers are knowledgeable about both the potential of online

Authors: William B. Russell
Categories: Social Science
The field of social studies is unique and complex. It is challenged by the differing perspectives related to the definition, goals, content, and purpose of soci

Authors: Meghan McGlinn Manfra
Categories: Education
The Wiley Handbook of Social Studies Research is a wide-ranging resource on the current state of social studies education. This timely work not only reflects on