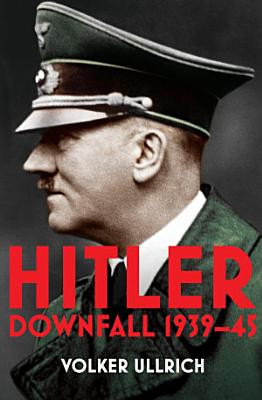 'Meticulous... Probably the most disturbing portrait of Hitler I have ever read' Dominic Sandbrook, Sunday Times By the summer of 1939 Hitler was at the zenith of his power. Yet despite initial triumphs in the early stages of war, the Führer's fortunes would turn dramatically as the conflict raged on. Realising that victory was lost, and with Soviet troops closing in on his Berlin bunker, Hitler committed suicide in April 1945; one week later, Nazi Germany surrendered. His murderous ambitions had not only annihilated his own country, but had cost the lives of millions across Europe. In the final volume of this landmark biography, Volker Ullrich argues that the very qualities - and the defects - that accounted for Hitler's popularity and rise to power were what brought about his ruin. A keen strategist and meticulous military commander, he was also a deeply insecure gambler who could be shaken by the smallest setback, and was quick to blame subordinates for his own disastrous mistakes. Drawing on a wealth of new sources and scholarship, this is the definitive portrait of the man who dragged the world into chaos.

Authors: Volker Ullrich
Categories: Biography & Autobiography
'Meticulous... Probably the most disturbing portrait of Hitler I have ever read' Dominic Sandbrook, Sunday Times By the summer of 1939 Hitler was at the zenith

Authors: Frank McDonough
Categories: History
The second volume in a new, immensely readable narrative of the rise and catastrophic fall of the Nazi regime by a respected expert on the Third Reich. At the b

Authors: Volker Ullrich
Categories: Biography & Autobiography
Selected as a Book of the Year by the New York Times, Times Literary Supplement and The Times Despite his status as the most despised political figure in histor

Authors: Jackson J. Spielvogel
Categories: History
This brief, best-selling Western Civilization text has helped thousands of students learn about the world they live in by exploring the story of its past. Jacks

The Brief American Pageant: A History of the Republic, Volume II