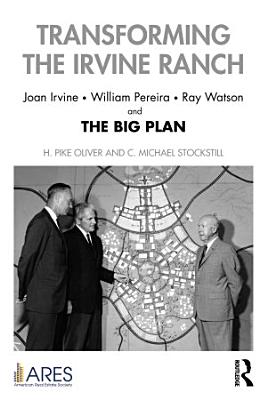 From citrus trees to spring breakers, Transforming the Irvine Ranch tells the story of Orange County’s metamorphosis from 93,000 acres of farmland into an iconic Southern California landscape of beaches and modernist architecture. Drawing on decades of archival research and their own years at the famed Irvine Company, the authors bring a collection of colorful characters responsible for the transformation to life, including: Ray Watson, whose nearly century-long life took him from an Oakland boarding house to the Irvine and Walt Disney Company boardrooms Joan Irvine Smith, a much-married heiress who waged war against the US government and the Irvine Foundation's reactionary board and won William Pereira, the visionary architect whose work became synonymous with the LA cityscape. Spanning the history of modern California from its Gold Rush past to the late 1970s, Transforming the Irvine Ranch chronicles a storied family’s largely successful attempts to remake the vast Irvine Ranch in its own image.

History of the Mcdowells and Connections

Family Record of the Name of Dingwall Fordyce in Aberdeenshire