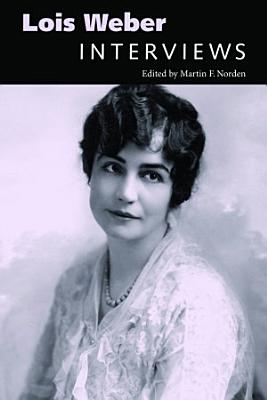 Lois Weber (1879-1939) was one of early Hollywood's most successful screenwriter-directors. A one-time Church Army worker who preached from street corners, Weber began working in the American film industry as an actress around 1908 but quickly ascended to the positions of screenwriter and director. She wrote, directed, starred in, edited, and titled hundreds of movies during her career and is believed to be the first woman to direct a feature film. At the height of her influence, Weber used her medium to address pressing social issues such as birth control, abortion, capital punishment, poverty, and drug abuse. She gained international fame in 1915 with her controversial Hypocrites, a complex film that featured full female nudity as part of its important moral lesson. Her most famous film, Where Are My Children?, was the Universal studio's biggest box-office hit the following year and played to enthusiastic audiences around the globe. These productions and many others contributed to her standing as a truly world-class filmmaker. Despite her many successes, Weber was pushed out of the business in the 1930s as a result of Hollywood's institutionalized sexism. Shoved into the corners of film history, she remained a largely forgotten figure for decades. Lois Weber: Interviews restores her long-muted voice by reprinting more than sixty items in which she expressed her views on a range of filmic subjects. The volume includes interviews, articles that Weber wrote, the text of a speech she gave, and reconstructed conversations with her Hollywood coworkers. Lois Weber: Interviews provides key insights into one of our first great writer-directors, her many films, and the changing business in which she worked.

Looking Past the Screen

Authors: Karen Ward Mahar
Categories: History
Women Filmmakers in Early Hollywood explores when, how, and why women were accepted as filmmakers in the 1910s and why, by the 1920s, those opportunities had di

Authors: Gwendolyn Audrey Foster
Categories: Performing Arts
Features the history and work of the most important women in the world of fictional narrative filmmaking--authoritative, historical, international.

Authors: Mo Rocca
Categories: Biography & Autobiography
From popular TV correspondent and writer Rocca comes a charmingly irreverent and rigorously researched book that celebrates the dead people who made life worth