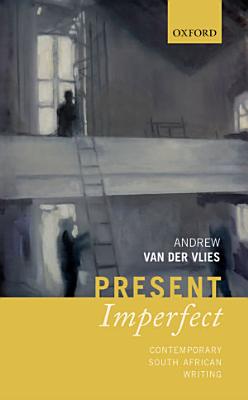 Present Imperfect asks how South African writers have responded to the end of apartheid, to the hopes that attended the birth of the 'new' nation in 1994, and to the inevitable disappointments that have followed. The first full-length study of affect in South Africa's literature, it understands 'disappointment' both as a description of bad feeling and as naming a missed appointment with all that was promised by the anti-colonial and anti-apartheid Struggle (a dis-appointment). Attending to contemporary writers' treatment of temporality, genre, and form, it considers a range of negative feelings that are also experiences of temporal disjuncture-including stasis, impasse, boredom, disaffection, and nostalgia. Present Imperfect offers close readings of work by a range of writers - some known to international Anglophone readers including J.M. Coetzee, Nadine Gordimer, Ivan Vladislavic, and Zoë Wicomb, some slightly less well-known including Afrikaans-language novelists Marlene van Niekerk and Ingrid Winterbach, and others from a new generation including Songeziwe Mahlangu and Masande Ntshanga. It addresses key questions in South African studies about the evolving character of the historical period in which the country now finds itself. It is also alert to wider critical and theoretical conversations, looking outward to make a case for the place of South African writing in global conversations, and mobilizing readings of writing marked in various ways as 'South African' in order to complicate the contours of World Literature as category, discipline, and pedagogy. It is thus also a book about the discontents of neoliberalism, the political energies of reading, and the fates of literature in our troubled present.

Authors: Andrew van der Vlies
Categories: Literary Collections
Present Imperfect asks how South African writers have responded to the end of apartheid, to the hopes that attended the birth of the 'new' nation in 1994, and t

The English Language; Its Grammar, History and Literature

Exercises in Latin syntax and idiom, arranged with reference to Roby's School Latin grammar. [With] Key

A grammar of the French language, by the author of 'Mademoiselle Mori'.

Authors: Peter T Bradley
Categories: Foreign Language Study
Spanish: An Essential Grammar is a concise and user-friendly reference guide to the most important aspects of Spanish. It presents a fresh and accessible descri