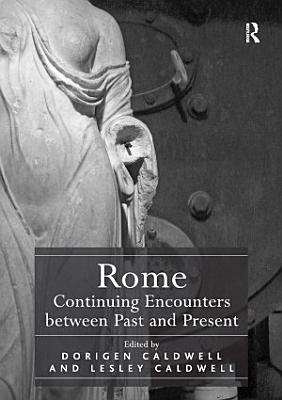 Few other cities can compare with Rome's history of continuous habitation, nor with the survival of so many different epochs in its present. This volume explores how the city's past has shaped the way in which Rome has been built, rebuilt, represented and imagined throughout its history. Bringing together scholars from the disciplines of architectural history, urban studies, art history, archaeology and film studies, this book comprises a series of studies on the evolution of the city of Rome and the ways in which it has represented and reconfigured itself from the medieval period to the present day. Moving from material appropriations such as spolia in the medieval period, through the cartographic representations of the city in the early modern period, to filmic representation in the twentieth century, we encounter very different ways of making sense of the past across Rome's historical spectrum. The broad chronological arrangement of the chapters, and the choice of themes and urban locations examined in each, allows the reader to draw comparisons between historical periods. An imaginative approach to the study of the urban and architectural make-up of Rome, this volume will be valuable not only for historians of art and architecture, but also for students of cultural history and film studies.