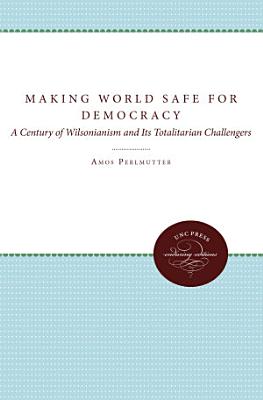 In this interpretive study, Amos Perlmutter offers a comparative analysis of the twentieth century's three most significant world orders: Wilsonianism, Soviet Communism, and Nazism. Anchored in three hegemonical states--the United States, the Soviet Union, and Nazi Germany--these systems, he argues, shared certain characteristics that distinguished them from other attempts to restructure the international political scene. While Communism and Nazism were committed to imperial ideologies, Wilsonianism was inspired by an exceptionalist, peaceful, democratic, and free market world order. But all three were able to mobilize industrial, technological, and military resources in pursuing their goals. In the process of examining the democratic, Communist, and Nazi systems, Perlmutter also provides a framework for understanding U.S. foreign policy over the course of the century, particularly during the Cold War. He underscores the importance of ideology in establishing an international order, arguing that in the wake of the Soviet Union's demise, no system--not even Wilsonianism--can lay claim to the title of new world order. Originally published in 1997. A UNC Press Enduring Edition -- UNC Press Enduring Editions use the latest in digital technology to make available again books from our distinguished backlist that were previously out of print. These editions are published unaltered from the original, and are presented in affordable paperback formats, bringing readers both historical and cultural value.

Making the World Safe for Democracy

Authors: John Prados
Categories: History
From its founding in the aftermath of World War II, the Central Intelligence Agency has been discovered in the midst of some of the most crucial-and most embarr

A World Safe for Democracy

Is America Safe for Democracy?

How Keep the World Safe for Democracy?

Making the World Safe for Democracy