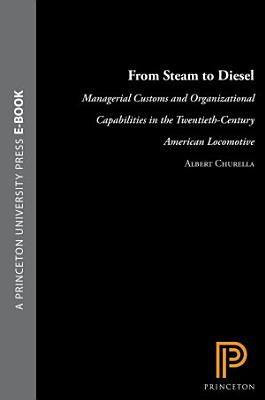 This overview of the leading locomotive producers in the United States during the twentieth century shows how they responded to a radical technological change: the replacement of steam locomotives by diesels. The locomotive industry provides a valuable case study of business practices and dramatic shifts in innovation patterns, since two companies--General Motors and General Electric--that had no traditional ties to locomotive production demolished established steam locomotive manufacturers. Albert Churella uses many previously untapped sources to illustrate how producers responded to technological change, particularly between the 1920s and the 1960s. Companies discussed include the American Locomotive Company (ALCo), the Baldwin Locomotive Works, the Lima Locomotive Works, Fairbanks-Morse, the Electro-Motive Division of General Motors, and General Electric. A comparative work of business history and the history of technology, the book is not a complete history of any locomotive builder, nor does it explore the origins of the diesel engine in great detail. What it does, and does superbly, is to demonstrate how managers addressed radical shifts in technology and production methods. Churella reveals that managerial culture and corporate organizational routines, more than technological competency per se, allowed some companies to succeed, yet constrained the actions of others. He details the shift from small-batch custom manufacturing techniques in the steam locomotive industry to mass-production methods in the diesel locomotive industry. He also explains that chance events and fortuitous technological linkages helped to shape competitive patterns in the locomotive industry.