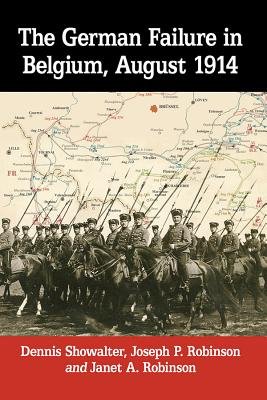 If wars were wagered on like pro sports or horse races, the Germany military in August 1914 would have been a clear front-runner, with a century-long record of impressive victories and a general staff the envy of its rivals. Germany’s overall failure in the first year of World War I was surprising and remains a frequent subject of analysis, mostly focused on deficiencies in strategy and policy. But there were institutional weaknesses as well. This book examines the structural failures that frustrated the Germans in the war’s crucial initial campaign, the invasion of Belgium. Too much routine in planning, command and execution led to groupthink, inflexibility and to an overconfident belief that nothing could go too terribly wrong. As a result, decisive operation became dicey, with consequences that Germany’s military could not overcome in four long years.