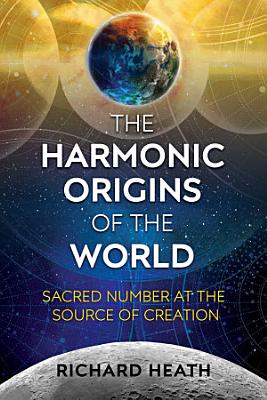 A profound exploration of the simple numerical ratios that underlie our solar system, its musical harmony, and our earliest religious beliefs • Reveals how the orbits of Jupiter, Saturn, and Uranus relate to the Moon and the inner planets as an octave with musical scales • Explores how this harmonic planetary knowledge was encoded within ancient monuments and temples then spread within oral traditions • Explains how the solar system functions as a musical instrument and how this led to the rise of intelligent life, civilization, and culture on our planet As modern humans first walked the Earth roughly 70,000 years ago, the Moon’s orbit came into harmonic resonance with the outer planets of Jupiter, Saturn, and Uranus. The common denominators underlying these harmonic relationships are the earliest prime numbers of the Fibonacci series--two, three, and five--the same numbers that interact to give us the harmonic relationships of music. Exploring the simple mathematical relationships that underlie the cycles of the solar system and the music of Earth, Richard Heath reveals how Neolithic astronomers discovered these ratios using megalithic monuments like Stonehenge and the Carnac stones, discoveries that informed later myths and stories including the Epic of Gilgamesh, the Resurrection of Osiris, the Rg Veda, the Hebrew Bible, Homer’s epic tales, and the Return of Quetzalcoatl. He explains how this harmonic planetary knowledge formed the basis of the earliest religious systems, in which planets were seen as gods, and shows how they spread through Sumer, Egypt, and India into Babylon, Judea, Mexico, and archaic Greece. He exposes how the secret knowledge encoded within the Bible’s god YHWH was lost as Greek logic and reason steadily weakened mythological beliefs. Revealing the mysteries of the octave and of our musical scales, Heath shows how the orbits of the outer and inner planets gave a structure to time, which our Moon’s orbit could then turn into a harmonic matrix. He explains how planetary time came to function as a finely tuned musical instrument, leading to the rise of intelligent life on our planet. He demonstrates how this harmonic science of numbers can be read in the secret symbolism and sacred geometry of ancient cities such as Teotihuacan and in temples such as the Parthenon, connecting the higher worlds of planetary time and harmonics with the spiritual and physical life on Earth. Recasting our understanding of the solar system, Heath seeks to reawaken humanity’s understanding of how sacred numbers structure reality, offering an opportunity to recover this lost harmonic doctrine and reclaim our intended role in the outer life of our planet.

The Harmonic Origins of the World

Authors: Richard Heath
Categories: Body, Mind & Spirit
Sacred numbers arose from ancient man’s observation of the heavens, and represent the secrets of cosmic proportion and alignment. The ancients understood that

Sacred Geometry: Language of the Angels

Sacred Number and the Origins of Civilization

Authors: Richard Heath
Categories: Body, Mind & Spirit
An exploration of the origins and influences of number from prehistory to modern time • Reveals the deeper meaning of the symbols and esoteric knowledge of se

Authors: J. Douglas Kenyon
Categories: Body, Mind & Spirit
In this issue: WHAT COULD THE MOON BE HIDING FROM US? Tracking the Recent, Amazing and Unexplained Discoveries on Earth's Very Strange Satellite BY WILLIAM B. S

The Ancient Language of Sacred Sound

Authors: David Elkington
Categories: Body, Mind & Spirit
• Details how sacred sites resonate at the same frequencies as both the Earth and the alpha waves of the human brain • Shows how human writing in its origin

Sacred Number and the Lords of Time

Precessional Time and the Evolution of Consciousness

Authors: Richard Heath
Categories: Body, Mind & Spirit
How stories enable us to identify the inner spiritual aspects within our material world and participate in the evolution of human consciousness foretold by anci