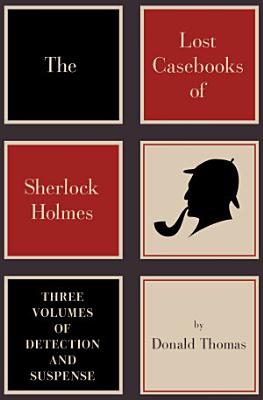 Three novels in one volume: “Donald Thomas masterfully evokes the flavor of Doyle’s original stories of the great detective” (Publishers Weekly). In these sixteen tales of intellectual derring-do, Sherlock Holmes is shown at the height of his powers: He co-operates with a young Winston Churchill in the famed siege of Sydney Street; helps defeat a plan for a German invasion outlined in the Zimmerman Telegram; establishes a link between two missing lighthouse keepers and the royal treasures of King John; contends with a supernatural curse placed upon an eccentric aristocrat; and discovers a lost epic poem of Lord Byron. Everywhere in these finely wrought tales, encompassing the critically acclaimed The Execution of Sherlock Holmes, Sherlock Holmes and the King’s Evil, and Sherlock Holmes and the Ghosts of Bly, riddles and mystery hover in the air. But they are not beyond the grasp of the incomparable Sherlock Holmes.