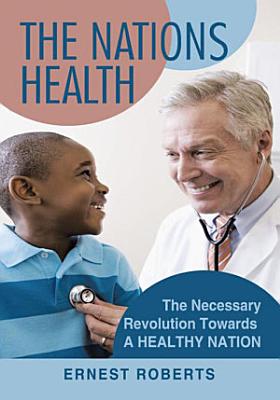 The book reviews the causes of illness and offers solutions towards providing good health and health care in an effective and affordable way. In 1948 the NHS budget was £170 million with no provision for any increase, assuming the population would become more healthy. The reverse has happened: evidence is given to show that the health of the nation has deteriorated. The NHS now costs £100 billion a year putting pressure on its continued existence. There are two main causes for this and for the present crisis in health care provision. First : The Welfare Principle that the State will provide in key areas including income, education and healthcare. This has lead to the end of self-reliance and responsibility. The causes of ill health largely depend on the choice of each individual’s life style, diet, cooking and eating habits. It is clearly unfair that the whole population should pay for the consequences of individual’s irresponsible choices of lifestyle and diet. The origins of the Welfare State are described. An approach to eating healthily based on natural principles of diet and cooking which is probably the only thing over which we have complete control. The causes of obesity and its safe, effective treatment are given. No amount of external medical intervention of any kind can correct a failure to live and eat healthily. Second : The medical treatment now widely offered does not produce good health but rather the reverse, evidence for this is given with a researched critique of the present drug industry led medical treatment including facts on the withdrawal of unsafe drugs and the failure of regulation. An alternative model of medical education and practice is suggested detailing a medical system which is inexpensive and effective based on the combination of present medical treatment and alternative medicine together providing a genuinely individual approach to each patient. Without treatment being conducted and given for each patient’s individual needs both with medicine and advice on life style and eating- medical practice is largely wasteful. Homoeopathic medicine in particular treats each patient individually. Homoeopathic medicines are in addition extremely inexpensive. Inequality of income – A further cause of much illness and costly reliance on the NHS is shown to be due to the large difference between the richer and poorer segments of our population. Unless Society is improved by reforms in social justice, equality and correct information and also individuals take responsibility for their own diet and life style, as this book suggests, the nation’s health remains at risk.

Authors: Ernest Roberts
Categories: Health & Fitness
The book reviews the causes of illness and offers solutions towards providing good health and health care in an effective and affordable way. In 1948 the NHS bu

Authors: Iris Borowy
Categories: History
The League of Nations Health Organisation was the first international health organisation with a broad mandate and global responsibilities. It acted as a techni

Authors: Karen Gram-Skjoldager
Categories: History
International Organizations play a pivotal role on the modern global stage and have done, this book argues, since the beginning of the 20th century. This volume

Poverty and Health in the United States

The Health of Nations

Authors: Gavin Mooney
Categories: Medical
Why, despite vast resources being expended on health and health care, is there still so much ill health and premature death? Why do massive inequalities in heal

Authors: James Ciment
Categories: Business & Economics
Truly comprehensive in scope - and arranged in A-Z format for quick access - this eight-volume set is a one-source reference for anyone researching the historic