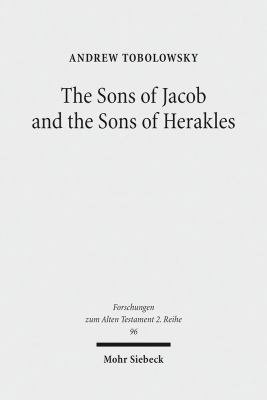 In this study, Andrew Tobolowsky offers a new approach to biblical descriptions of the tribes of Israel as the "sons of Jacob". He reveals how shifting assumptions about early Israelite history and the absence of references to Jacob in most accounts of the tribes make it unlikely that this understanding was part of early tribal discourse. Instead, drawing on extensive similarities between the role Jacob's children plays in the biblical narrative and the role that shared descent from figures such as Hellen and Herakles play in the construction of ancient Greek histories, Andrew Tobolowsky concludes that the "tribal-genealogical" concept was first developed in the late Persian period as a tool for the production of a newly integrated, newly coherent account of a shared ethnic past: the first continuous biblical vision of Israelite history from Adam to the fall of Jerusalem and beyond.

Authors: Andrew Tobolowsky
Categories: Religion
In this study, Andrew Tobolowsky offers a new approach to biblical descriptions of the tribes of Israel as the "sons of Jacob". He reveals how shifting assumpti

The Myth of the Twelve Tribes of Israel

Authors: Andrew Tobolowsky
Categories: Religion
The Myth of the Twelve Tribes of Israel is the first study to treat the history of claims to an Israelite identity as an ongoing historical phenomenon from bibl

Authors: Mark S. Smith
Categories: Religion
This groundbreaking volume presents a new translation of the text and detailed interpretation of almost every word or phrase in the book of Judges, drawing from

The Valediction of Moses

The Idea of Israel in Second Temple Judaism

Authors: Jason A. Staples
Categories: Religion
In this book, Jason A. Staples proposes a new paradigm for how the biblical concept of Israel developed in Early Judaism and how that concept impacted Jewish ap

Argonauts of the Desert

Authors: Philippe Wajdenbaum
Categories: History
'Argonauts of the Desert' presents a revolutionary new commentary on the Bible and its origins, arguing that most biblical stories and laws were inspired by Gre

Authors: Esther Menn
Categories: Religion
This exploration of Genesis 38 in "The Testament of Judah", Targum Neofiti, and Genesis Rabbah shows how new meanings emerge through encounters between the bibl

Greek Myth and the Bible

Authors: Bruce Louden
Categories: History
Since the nineteenth-century rediscovery of the Gilgamesh epic, we have known that the Bible imports narratives from outside of Israelite culture, refiguring th

Biblical Stories for Psychotherapy and Counseling