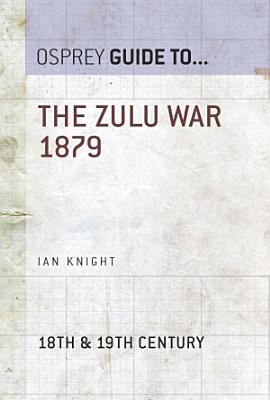 The Zulu War of 1879 remains one of the best known British colonial wars and included two battles whose names reverberate through history. At Isandlwana the Zulus inflicted a crushing defeat on the British; the gallant British defence at Rorke's Drift followed and re-established British prestige. Yet as this book shows, there was more to the war than this. Six months of brutal fighting followed, until the Zulu kingdom was broken up, its king imprisoned and the whole structure of the Zulu state destroyed. Years of internecine strife followed, until the British finally annexed Zululand as a colonial possession.