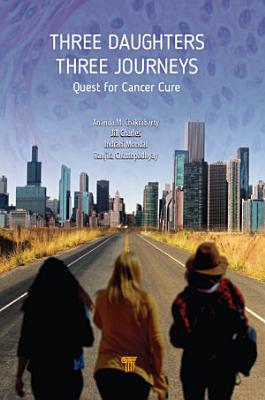 Cancer threatens the lives of people around the world. Women, in particular, are at risk of certain cancers with a genetic cause. Certain mutations in the BRCA1 and BRCA2 genes put mothers and daughters at risk of breast and ovarian cancers. Unlike many cancers that most commonly occur after age 60, these inheritable cancers threaten women’s lives, health and fertility even when they are young, before most would even begin to go for annual mammogram screenings to check for breast cancer. Three Daughters, Three Journeys takes on the biggest health issue of our time from a global perspective with three heroines fighting for their lives against cancer. Marzena, a Polish oncology nurse, has spent her life treating child patients with cancer. Then, she confronts it in her own family and her own body. Kamola, a rural Indian girl, knows she has symptoms of the same disease that took her mother, but feels afraid to discuss it with her father and brothers, knowing her family cannot afford medical treatment. Kamola confides in Dr Rini Mishra, a doctor testing a new treatment called Neelazin, using a bacterial anticancer protein in food, to destroy cancer cells. Selena, a wealthy woman of color in Chicago, finds out about her genetic risks of breast and ovarian cancer. She has a choice of preventative surgery that will save her life but remove any chance of having children. As she meets women who struggle to afford cancer treatment, Selena dedicates her life to providing affordable homes and counseling to families affected by the disease. Although the drug Neelazin is fictional, the possibility of new cancer treatments using bacterial anticancer proteins is being researched now. A problem with the current chemotherapy for cancer treatment is the high toxicity of most of these drugs, as these drugs can enter both normal and cancer cells, though preferably cancer cells, causing the death of normal cells as well that are important in maintaining health. Another problem is that current chemotherapeutic drugs mostly target a single or few key steps that are important for cancer growth and proliferation and inhibit the growth of cancer cells. The cancer cells respond by quickly changing these single targets, thereby becoming resistant to the drugs, as is reflected in stage IV cancer patients. An alternative to chemotherapy would be to exploit the bacterial evolutionary wisdom and use certain proteins that can have preferential entry to cancer cells in order to minimize normal cell toxicity and multiple targets in cancer cells through protein–protein complex formation, thus reducing resistance development in cancer cells. An interesting advantage of protein drugs is to express them as part of food, and some recent research seems to suggest that oral consumption of such foods may allow the therapeutic protein to reach the blood stream to target the cancer. Women with the genetic risk factors could soon have the choice of taking a pill or such anticancer protein-expressing food to treat or prevent cancer, rather than removing the healthy tissue of the breasts and ovaries. Hopefully, they would not have to choose between fertility and survival, as is the implied message in this book, fictional as it is at this time.

Authors: Jill Charles
Categories: Medical
Cancer threatens the lives of people around the world. Women, in particular, are at risk of certain cancers with a genetic cause. Certain mutations in the BRCA1

Authors: Doreen Milstead
Categories: Fiction
A woman and her two sisters fall on hard times in England when their alcoholic father dies, so they all decide to go out west and seek mail order husbands. Only

Depictions of Children and the Adult’s Journey in the Arts

Authors: Margarita Georgieva
Categories: Art
Why do adults write about the child and why do they choose to depict children? This book looks at various examples from literature, art and film to analyze aspe

As the Journey Begins

Authors: George Mills
Categories: Biography & Autobiography
I find myself as a single free man once again on a journey in search of a beautiful wildflower to have as my beloved soul mate for life. I do know that God has

Authors: Henry Cloud
Categories: Bibles
"Like going to a trusted Christian counselor, this Bible will guide you in emotional development and relationship health. Doctors Henry Cloud and John Townsend

Authors: Ramsis F. Ghaly MD FACS
Categories: Religion
My journey is documented in this two-volume book numbers 14th and 15th of my series “Christianity and the Human Brain”. My journey is a testimony to Lord Je

The Three Tours of Doctor Syntax

Journey Through God's Word - Readings from Ezra Thru Isaiah

Authors: Charles Babers
Categories: Religion
Readings From Ezra thru Isaiah contains the memory verses, power points, and scripture selections for 25 lessons from 8 books, and includes such stories as Nehe

Authors: Cliff Gunnare
Categories: Biography & Autobiography
Journey To Third Heart is the story of not just one heart transplant but two heart transplants. A story that may be uplifting for others who are waiting for a t