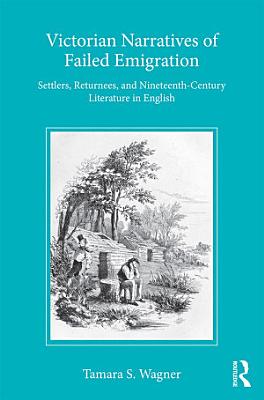 In her study of the unsuccessful nineteenth-century emigrant, Tamara S. Wagner argues that failed emigration and return drive nineteenth-century writing in English in unexpected, culturally revealing ways. Wagner highlights the hitherto unexplored subgenre of anti-emigration writing that emerged as an important counter-current to a pervasive emigration propaganda machine that was pressing popular fiction into its service. The exportation of characters at the end of a novel indisputably formed a convenient narrative solution that at once mirrored and exaggerated public policies about so-called 'superfluous' or 'redundant' parts of society. Yet the very convenience of such pat endings was increasingly called into question. New starts overseas might not be so easily realizable; emigration destinations failed to live up to the inflated promises of pro-emigration rhetoric; the 'unwanted' might make a surprising reappearance. Wagner juxtaposes representations of emigration in the works of Charles Dickens, Wilkie Collins, Frances Trollope, and Charlotte Yonge with Australian, New Zealand, and Canadian settler fiction by Elizabeth Murray, Clara Cheeseman, and Susanna Moodie, offering a new literary history not just of nineteenth-century migration, but also of transoceanic exchanges and genre formation.

International Migrations in the Victorian Era

Authors:
Categories: Social Science
International Migrations in the Victorian Era covers a wide range of case studies to unveil the complexity of transnational circulations and connections in the

The Victorian Baby in Print

Authors: Tamara S. Wagner
Categories: History
The first study to focus exclusively on the baby in nineteenth-century literature and culture. Drawing on novels by writers such as Charles Dickens, Wilkie Coll

The Routledge Companion to Victorian Literature

Literature in a Time of Migration

Authors: Tamara S Wagner
Categories: Literary Criticism
This edited collection from a distinguished group of contributors explores a range of topics including literature as imperialist propaganda, the representation

Authors: John Zucchi
Categories: History
On 15 September 1896, nearly a thousand people prepared to board a steamer in the port of Montreal, headed for Santos, Brazil, and on to the coffee plantations