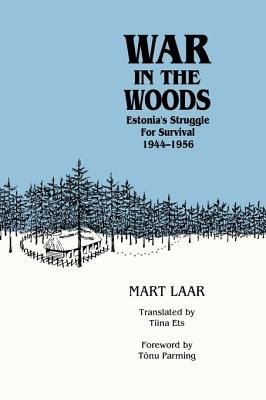 With the Soviet reoccupation after World War II, Estonians faced a choice of submitting to Communist puppets or trying to survive in the traditional refuge of their forests while waiting for help from the West which never came. Those who chose the second course, Estonia's "Forest Brothers", mounted an armed resistance which, for more than a decade, seriously challenged Soviet rule. This is their story, told for the first time by sources within Estonia. This account is drawn from interviews with Forest Brothers who survived and relatives of those who died, and from documents and photographs from Soviet KGB files. It reflects Estonian courage and humor, the faith and sacrifice of a people suppressed, and the indomitable determination of a free nation to regain independence.

War in the Woods

Authors: M. Laar
Categories: History
With the Soviet reoccupation after World War II, Estonians faced a choice of submitting to Communist puppets or trying to survive in the traditional refuge of t

Wars in the Woods

Authors: Samuel P. Hays
Categories: Nature
Wars in the Woods examines the conflicts that have developed over the preservation of forests in America, and how government agencies and advocacy groups have i

Nick of the Woods

Nick of the woods, by the author of 'Spartacus', ed. by W.H. Ainsworth

Nick of the Woods; Or, Adventures of Prairie Life

The Wood that Built London

Authors: C. J. Schüler
Categories: History
It is hard to imagine that the busy townscape of South London was once a great wood, stretching almost seven miles from Croydon to Deptford or that, scattered t

Nick of the Woods

Frank in the Woods

Authors: David L. Hoffmann
Categories: History
This volume showcases important new research on World War II memory, both in the Soviet Union and in Russia today. Through an examination of war remembrance in