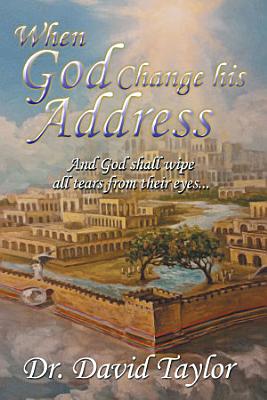 We stand on the precipice of human history as we know it. The clock is now ticking and it is minutes before midnight; the Bride Groom is near. Believers all over the world are living with expectancy that at any moment an Angel is going to sound a trumpet so loud that the dead in Christ shall rise first to meet the Lord in the Air. While those that remain or that are alive shall be Raptured (snatched) away to joined the others standing on the clouds to meet Jesus. There they will begin that great precessional to the kingdom of heaven singing and praising God. According to the prophetic timeline and the Book of Revelation, he that hath an ear let him hear what the Spirit saith unto the Churchthese are the last of the last days. The Church and the guardian of the church, the Holy Spirit is near that epic moment in which they will leave this world to take their place along side the Father and the Son. Once the redeemed and Gods precious Spirit is out of here, this world is in for an upheaval it has never known. The Anti-Christ will rise to prominence; he will dominate this world along with the False Prophet who will release demon spirits into the world and behead Christians. Jesus will come a second time, this time hes riding on a white horse leading an army of powerful Angels to capture Satan and bound him for a thousand years. Jesus will assume King Davids throne in Jerusalem and thus begin the Millennium reign. Following the thousand year reign of Christ, Satan will be loosed for a short while only to be ultimately defeated at the cataclysmic Battle of Armageddon where he will be cast in the lake of fire to burn forever. Human history, as we know it, closes with the New Earth and New Heaven coming down out of heaven from God as a bride adorned for her husband. It has been prepared before the foundation of the World. It is shining brighter than the sun with the glory of God. Her walls are made of precious pearls, her streets are paved in Gold that is so pure that it is transparent. The City has millions of mansions tailored for Gods Jewels (the Body of Christ). This is the New Jerusalem. It has 12 gates that are guarded by an Angel at each gate; the walls have 12 foundations and in each foundation are the names of the 12 Apostles of the Lamb. And the throne of God and the Lamb shall be in it. Make sure that you are in it.

When God Change His Address

Authors: Dr. David Taylor
Categories: Religion
We stand on the precipice of human history as we know it. The clock is now ticking and it is minutes before midnight; the Bride Groom is near. Believers all ove

Don’t Change the Formula: Trusting God’s Wisdom in Every Challenge

Authors: Dean A. Brown
Categories: Religion
God's ways and methods are always going to bring us into His provision and protection. But we have to apply the Lord's ways and follow His formula for our lives

When God Speaks through Change

Authors: Craig A. Satterlee
Categories: Religion
At times, a congregational transition looms so large in a sermon that it becomes the lens through which scripture is interpreted, the congregation is addressed,

Authors: Jennifer A. Herrick
Categories: Philosophy
Does God change? Does it matter? If God is the immutable God, as interpreted from Classical Christian Tradition, a God who remains unalterable, what is the poin

Authors: Christopher Sicks
Categories: Religion
In today’s church, there seems to be two well-intentioned groups. “Deed” people feed the hungry and help the poor, while “Word” people proclaim the go

Joyce Meyer: How to Hear from God, Change Your Words Change Your Life, Living Courageously

Authors: Joyce Meyer
Categories: Religion
HOW TO HEAR FROM GOD - Joyce Meyer shows readers that God reaches out to people every day, seeking a partnership with them to offer guidance and love. She revea

Centennial Addresses, Histories of the Boards and Report on the Centenary Fund

Authors: Greg Laurie
Categories: Religion
Evangelist Greg Laurie calls all Christians back to radical New Testament living in his latest offering, Let God Change Your Life. Imagine what it would have be